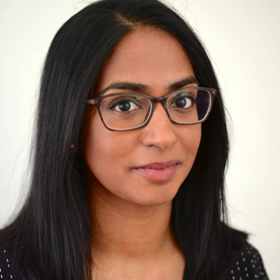 Nicole De Silva is an Assistant Professor of Political Science and Academic Director of the Political Science Co-operative Education Program at Concordia University in Montreal. She holds a DPhil in International Relations from the University of Oxford (2016), where she also was the IKEA Research Fellow in International Relations (2015-2017). Nicole’s interdisciplinary research broadly concerns how institutions and laws promote human rights and legal accountability. Within this focus, she mainly explores the role of international institutions (e.g., international courts) in global and regional governance, especially in Africa. Nicole also researches Canada’s human rights engagement through international institutions and domestic human rights commissions. Her research has been published in various outlets, including the Canadian Journal of Political Science and Annals of the American Academy of Political and Social Science, and has received awards from the International Studies Association (2014, 2017) and British International Studies Association (2016). Nicole has contributed to several initiatives for promoting equality, diversity, inclusion, and decolonization in political science academia. She previously served on a committee to decolonize Oxford’s IR curriculum; since 2016, she has been an AuthorAID mentor, advising developing country academics on research and publishing; and since 2020, she has co-organized an anti-racism reading group in her department. Nicole is standing for election to the CPSA Board of Directors to move beyond participating in CPSA’s annual conferences and deepen her contributions to CPSA and Canadian political science academia. She hopes to represent the IR subfield and to support equality, diversity, inclusion, and decolonization initiatives within CPSA. 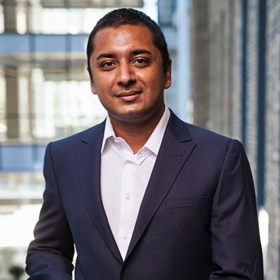 Reza Hasmath (Ph.D., Cambridge) is a Trinidadian-Canadian academic, who is a Full Professor in Political Science at the University of Alberta. He has previously held faculty positions at the Universities of Toronto, Melbourne and Oxford, and has worked for think-tanks, consultancies, development agencies, and NGOs in North America, UK, Australia and China. His research looks at: (1) the integration of ethnic minorities in global contexts; (2) state-society relationships in China; (3) how emerging state/non-state actors affect salient theories/practices in international development/affairs; and, (4) the behaviour of policy actors and the citizenry in authoritarian regimes. He is an active member of CPSA, including most recently, acting as the Coordinator, and Chair for the Graduate Student 3MT Competition, for the 2021 CPSA conference. Reza has previously held board positions in several associations (e.g. ARNOVA, ICSA, IPSA-RC 18, SSSP) and non-profit organizations. In these roles, he has advocated for, and implemented, strategies to increase diversity amongst the membership (incl. the practitioner community); developed partnerships for future organizational development; and, introduced initiatives to improve the knowledge mobilization of members’ work (incl. increased media engagement). Given his diverse experiences in boards, academia and as a practitioner, he is able to effectively identify/bridge gaps and build upon the work that the CPSA has undertaken. If elected, Reza will cultivate strategic partnerships, including eliciting more outside funding to support initiatives. He will aim to improve graduate students/faculty activities pertaining to knowledge mobilization. Finally, he will advocate for greater digitization/internationalization to expand the impact of the CPSA. 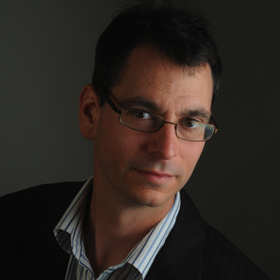 André Lecours is Professor in the School of Political Studies at the University of Ottawa. He is both a comparativist and a Canadian politics specialist. His main research interests are nationalism and federalism. He has authored and edited many books, including New Institutionalism. Theory and Analysis (University of Toronto Press, 2005); Basque Nationalism and the Spanish State (University of Nevada Press, 2007); (with Daniel Béland) Nationalism and Social Policy. The Politics of Territorial Solidarity (Oxford University Press, 2008); (with Daniel Béland, Gregory Marchildon, Haizhen Mou and Rose Olfert) Fiscal Federalism and Equalization Policy in Canada. Political and Economic Dimensions (University of Toronto Press, 2017); and Nationalism, Secessionism, and Autonomy (forthcoming with Oxford University Press). André Lecours has been active in the Canadian Political Science Association since 2002 when he served a two-year term in the Board of Directors. Between 2006 and 2009, he was assistant co-editor of the Canadian Journal of Political Science. He also served in the John McMenemy Prize jury (2009); in the Comparative Politics Prize jury (2010); in the Advisory Board for the Canadian Journal of Political Science (2010-2013); as section chair for Comparative Politics for the 2011 meetings; as chair of the Donald Smiley Prize jury (2012 and 2013); and in the prize jury nominating committee (2020). He is running for the Board of Directors with the intention of seeking nomination as Vice-President of the Canadian Political Association. 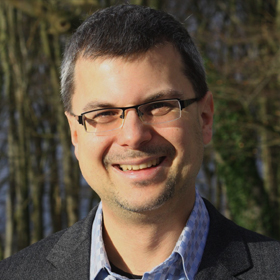 Christian Leuprecht is Class of 1965 Professor in Leadership, Department of Political Science and Economics, Royal Military College; Director, Institute of Intergovernmental Relations, School of Policy Studies, Queen’s University; and Adjunct Research Professor, Charles Sturt University.  A former Associate Dean and Fulbright Research Chair, he is a recipient of RMC’s Commandant’s Commendation, Cowan Prize for Excellence in Research and a member of the College of New Scholars of the Royal Society of Canada.  He sits on the Police Services Board of the City of Kingston, the board of the German Institute for Defence and Strategic Studies and is past president of the International Sociological Association’s Research Committee 01: Armed Forces and Conflict Resolution.  He holds a public appointment to the Ontario Research Fund Advisory Board and previously to the governing Council of the Natural Sciences and Engineering Research Council of Canada (NSERC) where he also served on the Executive Committee and as Chair of the Committee on Discovery Research.  As the only social science appointee on both boards, he has become a passionate advocate for the value, benefit and importance of the social sciences.  As a prospective CPSA Director, his experience and track-record in board governance position him well to champion political science as a leading discipline in transdisciplinary research on pressing challenges of the twenty-first century.  An immigrant to Canada and fluently bilingual, he has been a CPSA member for over two decades and served on the Lemieux Prize jury as well as the Book Awards Terms-of-Reference review committee. 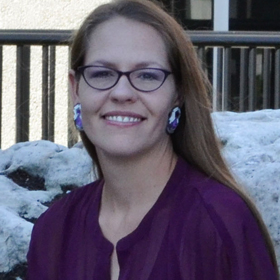 Rebecca Major is a “President’s Indigenous Peoples Scholar” and an Assistant Professor in the Department of Political Science at the University of Windsor. She received her Ph.D. in Public Policy from the Johnson Shoyama Graduate School of Public Policy at the University of Saskatchewan in 2020. Her work examines how Indigenous Peoples use institutions to create change and expand access to inherent rights. Prior to accepting the position in Windsor, she served as a bureaucrat (2010-2012) at the Métis Nation-Saskatchewan (MN-S) followed by time spent in community electoral politics; first elected as Local 126 president in Saskatoon (2016), then elected at the provincial level as Area Director of Western Region IIA (2017) of the MN-S. Rebecca spent many years teaching Indigenous political history in Northern Saskatchewan (2008-2017). She currently sits on the review board for the journal Indigeneity & Critical Theorizing. Rebecca’s published work includes articles on Indigenous worldviews and ways of knowing. She has also written pieces connecting her experience as an Indigenous politician with feminist political theory. Beyond her academic work, Rebecca is extensively involved in issues of professional development within the university community. She holds presentations and workshops, assisting in decolonizing teaching methods with colleagues. She recently created the capstone course for the newly created Indigenous Studies minor along with creating other Indigenous Political Science courses as part of her involvement in the creation of the minor. Rebecca will use her extensive experience working on governance issues if elected as a member of CPSA’s board. In addition, she hopes that her perspective as a female Indigenous early career scholar will provide a specific vantage point when working on CPSA initiatives, policies, and processes. 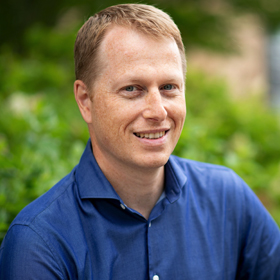 Alex Marland is a professor at Memorial University of Newfoundland who likes to support colleagues at all stages of their career. He cares deeply about the study of Canadian politics. Originally from Ottawa, and able to converse in French, Alex brings a small town and Atlantic perspective to group settings to encourage a broader diversity of viewpoints. His core administrative values include pushing for proactive communication, collegial consultation, inclusive decision-making, financial sensibility and transparency. Serving on the CPSA board of directors excites him because of the fine people involved and a desire to serve after being a CPSA member for many years. Recently he served on the CPSA committee on Open Access and the Canadian Journal of Political Science, he was a jurist for the Vincent Lemieux Prize, and he is the Canadian politics section head for the 2021 CPSA conference. If elected he would draw upon a range of administrative experience, including as an active associate dean for six years and as a current member of the board of the Institute for Research on Public Policy (IRPP). Alex thanks you for taking the time to vote and wishes good luck to all candidates. 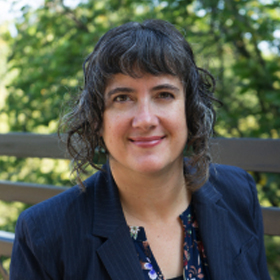 Heather Millar is an Assistant Professor and Director of Undergraduate Studies in the Department of Political Science at the University of New Brunswick. She received her PhD in political science from the University of Toronto in 2019. Heather was a Postdoctoral Fellow with the Environmental Governance Lab at the Munk School of Global Affairs & Public Policy (2018-2019) and a SSHRC Postdoctoral Fellow with the Institute for Science, Society, and Policy at the University of Ottawa (2019-2020). Heather’s work investigates the role of ideas, particularly uncertainty, in influencing processes of policy learning and feedback in Canadian provincial climate and energy politics. Her solo and co-authored pieces have been published in the Canadian Journal of Political Science and Canadian Public Administration, and internationally in Environmental Politics, Public Policy and Administration, Policy Sciences, and the Review of Policy Research. Heather has over ten years of board governance and development experience working and volunteering with community arts, environmental, and social justice organizations in Canada. She has been an active participant in CPSA since 2012, serving as chair and discussant on panels in the Provincial/Territorial Politics and Law and Public Policy Sections. She is standing for election to the CPSA board of directors to contribute to ongoing equity, diversity, and inclusion initiatives, including professional development for scholars integrating Indigenous content throughout their teaching portfolios. 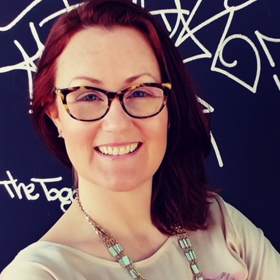 Tracey Raney is an Associate Professor in the Department of Politics and Public Administration at Ryerson University. Her research and teaching focus on gender, violence against women in politics, and Canadian politics. She has been a member of the CPSA since 2003. In 2013, she won the Jill Vickers Prize for the best conference paper on gender and politics. She was nominated for this award in 2009 (with Loleen Berdahl) and in 2017 (with Joanna Everitt). Her 2018 Canadian Journal of Political Science article (with Cheryl Collier) on sexual harassment in the Canadian House of Commons was nominated for the John McMenemy Prize. In addition to being a member of the Women’s Caucus, she served as the Women, Gender, and Politics Section Head on the 2015 CPSA Programme Committee, and has chaired (2015) and served as a member (2014) of the Jill Vickers Prize Committee. Her participation at CPSA has also focused on the importance of mentorship: in 2012 she gave an invited talk on career advice to junior scholars, and in 2017 she co-organized (with Jessica Merolli) an “Academic Mentoring/Speed-date” networking event at CPSA. She is standing for election to the CPSA Board of Directors with two goals in mind. First, to ensure that CPSA continues to provide meaningful mentorship opportunities for junior scholars and young professionals, especially at conferences and through its internship programs. Second, to support CPSA’s ongoing commitment to foster equity, diversity, and inclusion in research, at conferences, and across Canadian university workplaces.

Go to MyCPSA and Vote NOW!